DISBELIEF: Survivors wait by the riverbank in silence.

ALIVE: Survivors are seen waiting by a riverbank.

GOING DOWN: The sinking express boat is seen from the air.

RESCUE: A man pulls a longboat used in rescue efforts.

KUCHING: A total of 181 passengers of an overloaded express boat travelling from Belaga to Kapit which sank near Giam Tukok, Bungan Tanjung this morning have been rescued.

Belaga police chief DSP Bakar Sebau confirmed the number of survivors to The Borneo Post in a telephone interview at 4.15pm.

He said the authorities believe 21 passengers are still missing, following interviews with family members and survivors.

According to him, the express boat, which had a capacity for 74 passengers, is likely to have struck a rock before it sank.

A team of police divers from Bintulu is on its way to the site.

Another team of police and paramedics from Kapit is expected to arrive in Belaga around 7pm.

Assistant Minister of Culture and Heritage Liwan Lagang, who is Belaga assemblyman, was travelling from Belaga to Kuching in a helicopter when he saw the express boat go down.

The helicopter then landed and Liwan managed to organise villagers from two longhouses to assist in a rescue operation, which managed to rescue some 30 passengers.

Liwan then returned to Belaga where he is helping to co-ordinate the search and rescue for victims as well as assist family members of passengers yet to be found.

The express boat is said to have been overloaded with passengers, mostly Iban and Orang Ulu timber camp workers from Bakun, who were on their way to Kapit for Gawai Dayak.

The Belaga District Office confirmed that the express boat had departed Belaga at 8am and sank about an hour later.

No reports of casualties are available yet.

The boat was too full to pick up passengers from Belaga and as such many civil servants could not board including three Kapit Resident’s Office staff.

Belaga hosted the district’s pre-Gawai gathering last night, so many were in the town to attend the event. 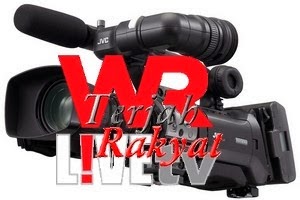